What’s So Great about 64-bits? 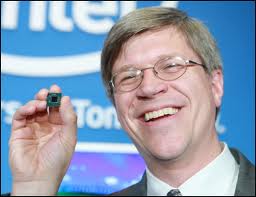 You’d have to be living under a rock to not have heard that the PC market is in the middle of a transition from 32-bit to 64-bit computing. However it’s very likely you have not heard much about how this change is going to help you. The reality is that it has not delivered much yet. This transition has been happening very slowly because there are three separate 64-bit transition steps which need to occur in series. The first step is the processor and motherboard hardware, second is the operating system and hardware drivers, and last are the programs. The big benefits of the change won’t start to come until all three steps are complete. The good news is, we are just about there.

The advantage of a 64-bit architecture is that it allows the PC to juggle much bigger chucks of data – like real big numbers. If you are not regularly doing math with numbers over 4 billion you might think this is not going to help you. The real advantage for CAD users comes in the area of large memory addresses. 32-bit systems are limited to handling 4 GB of RAM. They just can’t count memory addresses higher than that. 64-bit systems can count so much higher that the ceiling of the amount of RAM possible becomes far out of sight. Back in 1990 when I thought my new 32-bit 486 with 4 MB of RAM was cool I didn’t think I would need a thousand times that much RAM in 20 years. I’m just as sure today that I won’t need a million times as much RAM on my desk in 20 years, but the 64-bit processor architecture will handle it.

The big deal of additional RAM is speed. If you are creating large files or performing complex modeling operations that cause the system to access the hard drive based swap file this is a serious performance bottleneck. If the system has access to enough RAM that it does not need to touch the hard drive operations will complete much faster.  Hardware vendors have been quoted that pulling that first bit out of RAM is 60,000 times faster than pulling it from a hard drive. Secondly, a percentage of CAD users are dealing with very large files (200+ MB) and may have run into a memory ceiling preventing them from increasing the size of a single file. An additional benefit from access to more RAM is that this ceiling can be raised.

There is a possible minor downside to running 64-bit programs. 64-bit versions of programs actually run slightly slower in some cases than 32-bit versions of the same program. Remember that 64-bit is not designed to be faster than 32-bit, it is designed to handle more data. Tasks that are not shuffling large amounts of data are not hitting the 32-bit memory bottleneck and won’t benefit from the change. The largest performance hit I’ve seen benchmarked was 20% and in most simple benchmarks 32-bit to 64-bit performance on the same task was close.

What’s the hold up?

64-bit processors were first introduced to the PC market in 2003. Now that we are in mid-2010, you likely have experienced a 64-bit processor. Did you notice any difference?  You probably didn’t. Most of the 64-bit hardware sold continues to run in 32-bit mode. Even though 64-bit Windows operating systems have been available to the mainstream for two years now, today’s most popular PC operating system is still Windows XP, which is estimated to be over 99% 32-bit. Windows Vista has about 15% of the market but is still only at 11% 64-bit. In early July Microsoft announced that the 64-bit version of Windows 7 has now reached 50% of the Windows 7 installs. It is estimated that Windows 7 has recently reached 15% market share. So don’t feel bad if you are not on a 64-bit operating system yet, you are comfortably in the majority.

Once you have a 64-bit processor and a 64-bit operating system now you are ready to start running 64-bit programs. However, you don’t need to. Just like 64-bit processors are mostly still running 32-bit versions of Windows, 64-bit Windows versions available today can still run 32-bit programs without much trouble. The Windows 7 64-bit has proven itself reliable and can run 32-bit programs very well. For most users buying a new machine, there is no reason not to go with the 64-bit version of Windows 7. Even if you do stay with a 32-bit program in 64-bit Windows there is a significant RAM benefit. By default 32-bit operating systems limit programs (each process) to access a maximum of 2 GB of RAM. Some users with the maximum 4GB of RAM on 32-bit operating systems have been using a special setting that will allow individual program processes up to 3GB. This same setting in 64-bit versions of Windows now allows processes from 32-bit programs access to the full 4GB of RAM that they can handle.

64-bit computing has arrived to the PC market. If you are working with large CAD files (over 20 MB) or performing complex modeling operations you are likely to benefit from speed improvements gained by the access to more RAM which a 64-bit architecture allows. This is a benefit you can begin to realize even with 32-bit programs running in 64-bit Windows. Full 64-bit computing (processor, operating system, and program) will allow access to huge amounts or RAM and eliminate the architecture-based memory ceiling problem with very large files.