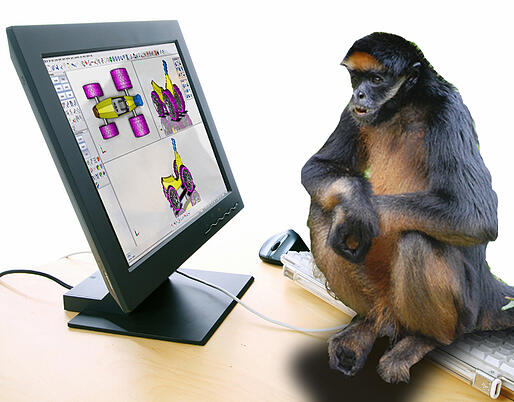 In an experiment conducted by the University of Central Massachusetts, a spider monkey affectionately named FranKey has been trained to develop CAD designs using KeyCreator 3D Direct CAD.

University sources say that the monkey has a knack for creating basic CAD models based on objects that UCM testers place before him on a pedestal. FranKey takes the item on the pedestal and models it as a part of a larger assembly of items. According to testers, this odd streak of intelligent creativity is possibly based on the monkey's memory recall of items he has seen in his environment. FranKey was exposed to a model car and then designed his own version of the hot rod in what some consider to be a really unusual way. 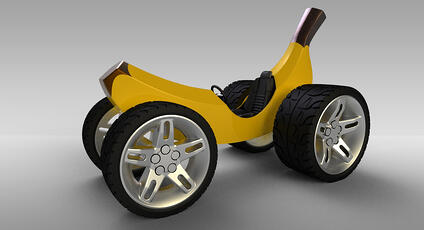 Other items have also been modeled by FranKey, check back tomorrow to see some other creations.

The University of Central Massachusetts has remarked that KeyCreator 3D Direct CAD is so easy to use that even a monkey can use it. UCM's research and development will be further studied by Kubotek USA Inc. and subsequently be used for future development of KeyCreator, the world's most practical and robust 3D direct modeling software.

Future UCM tests on FranKey may include training the monkey to render his models, using KeyShot software.

To learn more about the software that FranKey has learned to use click here: KeyCreator.