Manufacturers and CAD Designers Can Do More With Less

I read the U.S. jobs and unemployment numbers every month — it’s the old business journalist in me. There is a lot of 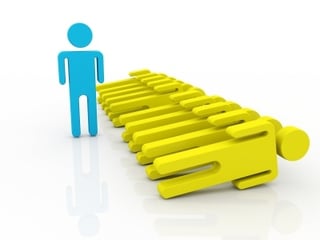 information buried amid the numbers. In fact, the most recent report, which I read in the Wall Street Journal, showed that Manufacturing grew by 14,000 jobs in June. Pretty good; that’s lots of people getting hired in manufacturing. However, a deeper look shows that there were 16,000 cut a month earlier, and overall manufacturing jobs are down by 42,000 since the beginning of the year. That’s a lot of unfilled jobs.

Then I got to thinking, which I do on occasion. If work is up and jobs are down overall, it sounds like there is much room for growth of staff. It also sounds like there are many people absorbing the work of those unfilled jobs. It also sounds like manufacturing productivity may be less than optimal. Then I got to thinking about the people we talk to the most and it makes sense that part of that slack comes from the engineering design department, especially with contract manufacturers. Often, smaller job shops and CAD designers are asked to do more with less. Less time, less help and less money.

So, the question is, how can you and your designers do more with less? Here are four ways to get your job [and let’s face it, maybe the job of a couple of others] done with the resources you have:

Product development is constantly under a time squeeze. Shortened timelines often force engineers to pull the trigger on their first design to ensure they hit a deadline. This can lead to bad designs, or at the very least, lead to lost opportunities. The faster CAD designers can make and tweak designs on the fly, the shorter the design process is and the faster they can deliver top-notch models. This is where using Direct CAD to push, pull and drag geometry directly can help cut time and hit deadlines, rather than wasting it dealing with a history tree in traditional parametric modelers.

CAD simulation allows engineers to set up and run analysis independently. The advantage here is the ability to set up and execute simulations that provide direction for common design decisions and alternatives. Virtually testing product performance for supporting design decisions and exploring design alternatives is a time and money saver, allowing you to do more with less.

Sure, you may add virtual simulation, but there is still something about being able to test something more tangible. The ability to test a product virtually doesn’t mean engineers can’t also improve how they build and test physical prototypes and build functional parts. As product designs become more intricate—and expensive to produce—the traditional build-and-break prototype process may prove too risky in today’s manufacturing environment. Additionally, organizations are moving away from traditional subtractive manufacturing and moving toward additive manufacturing to save time and costs [read more in our blog on 3D printing]. The idea is to build smaller scale partial prototypes more frequently to check performance progressively. 3D printing allows engineers to print parts and even assemble them into subsystems, within hours, depending on the complexity and printer. This dramatically cuts the time and costs of taking testing from your desktop computer to your actual desktop.

Findings of Lifecycle Insights in our eBook:  Working with 3D Models: The Contract Manufacturer's Key to Profitable Growth showed that in general, 66 percent of engineers say they spend at least 4 hours a week fixing broken geometry. That’s a lot of wasted time for understaffed and overworked designers. This long-standing time drain is still a big issue for many contract manufacturers and independent CAD designers that work with files from different clients, each using different software. By utilizing Direct CAD to push, pull and drag geometry to make the necessary changes, many find that they are spending less time fixing and more time creating.

In contrast, a look at the results of the first ever weekly poll on our website [there’s one on the home page now, give it a try] showed that our poll respondents spent less time working on fixing broken CAD geometry then the industry average [could it be the KeyCreator Direct CAD factor?].

How many hours a week do you spend fixing 3D Models?

There are never enough hours in the day, especially when you are understaffed. However, using the right tools and tactics that can cut time and costs from your manufacturing design and production process can make the hours you have more profitable.

How has the economy impacted staffing at your company?

If you'd like to take KeyCreator Direct CAD for a test drive and see how it can help you do more with less, click the button below.

Image by jscreationzs at FreeDigitalPhotos.net