In my last post, NVidia Graphics Card Shootout, Part 1 (which I’m assuming you read carefully), I detailed frame rate testing done with large models in KeyCreator with both NVIDIA Quadro and GeForce based graphics cards by PNY. I listed the test results found while using the Hardware OpenGL graphics type setting. The $800 Quadro card did out-perform the $150 GeForce card in a majority of tests, but not in a dramatic way. The only noticeable performance advantage of the $800 Quadro card over the $150 GeForce card was with the Wireframe render mode.

The other choice for hardware graphics acceleration in KeyCreator is Direct3D, a Microsoft created competitor to OpenGL. Direct3D has been around for a while, developed extensively for the Microsoft Xbox gaming system, but has been commonly accepted as inferior to OpenGL for CAD. However, Direct3D has now been upgraded and designed into the core of Windows Vista and 7 which provides a performance advantage to Direct3D over OpenGL. The workstation used for these tests is running Windows 7 (Pro 64-bit).

The first set of tests used a complex 21 MB solid (53,000 facets) and 4 different PNY cards.  This model was not a challenge for any of the cards tested.

This first set of Direct3D tests show that the same two cards out-perform the others. Again, none of these tests cause a performance problem with any of the cards.

The next set of tests used larger models to show more performance difference between the two best of these four cards.

These tests show the same type of mixed results as the OpenGL results. The GeForce took the edge in two of the tests, the Quadro about 15% better in two of the tests, and one test a draw. A key difference between the OpenGL and Direct3D results is that none of the Direct3D tests dropped performance into the 20 frame per second or lower category that start become noticeable to the user. The GeForce performed better in Direct3D than with the same 5 models in OpenGL. The Quadro had better frame rates in Direct3D than OpenGL in 4 of these 5 tests.

The next set of tests focus on models with transparency.

The results with model 1 show frame rates dropping much more dramatically compared to the OpenGL test but both cards dropping equally in comparison to each other, just like OpenGL.  Across these three tests the GeForce card beat or tied the Quadro, and performed better than in OpenGL. It is interesting to see that the frame rates of Quadro card in Direct3D are lower with the two larger models compared to the OpenGL results.

Model 4 in OpenGL had shown the largest advantage of the Quadro over the GeForce in these shaded tests. In Direct3D mode the GeForce beats the Quadro. However, it is interesting to note that with this particular model the best frame rates were found with the Quadro in OpenGL mode.

As I discussed in Part 1, the Quadro is designed to handle wireframe data better than its GeForce sister. In OpenGL this was confirmed. The next set of Direct3D tests was done in Wireframe render mode to see if the extra features of the Quadro would kick in.

The Direct3D wireframe frame rates were better than the OpenGL results in all cases. Again the results show the Quadro provides an advantage to processing wireframe graphics. However, the Quadro advantage in wireframe is much less pronounced in Direct3D than in OpenGL.

Based on the frame rate performance results obtained with the NVIDIA GeForce 9800 GT and Quadro FX 1800 across the large models tested on our Windows 7 workstation, Direct3D seems to be the better choice over OpenGL. When using Direct3D, the GeForce 9800 GT card was the clear winner over the Quadro FX 1800 in this shoot-out. At a $650 savings over the Quadro these results call into question the traditional wisdom of purchasing ‘professional’ grade cards for KeyCreator.

I believe this graphics card shoot out with KeyCreator was the first of its kind ever published. I am pleased that the results answered several questions. First they confirm that the Quadro firmware is improving performance for wireframe data. Second they show that Direct3D is out-performing OpenGL. Last they show that KeyCreator customers can save considerably on graphics cards without sacrificing frame rate performance. 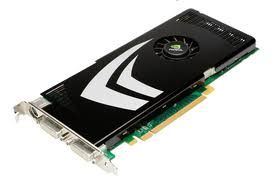 The GeForce 9800 GT was far and away the best value of the four NVIDIA cards tested.

As with any successful experiment, more research is needed. The most burning next questions in my mind: is there a better value for KeyCreator users than the 9800 GT in the NVIDIA GeForce line; and would the ATI FireGL professional cards compare similarly?